There is a “Penwern” on Lake Delavan in Wisconsin.  Elegant.  Exquisite.  Unmistakably luxurious. (Left)

There is a “Penwern” in Wales.  Sturdy.  Spare.  Uncompromisingly protective against time, the elements, the poverty of place. (Below) 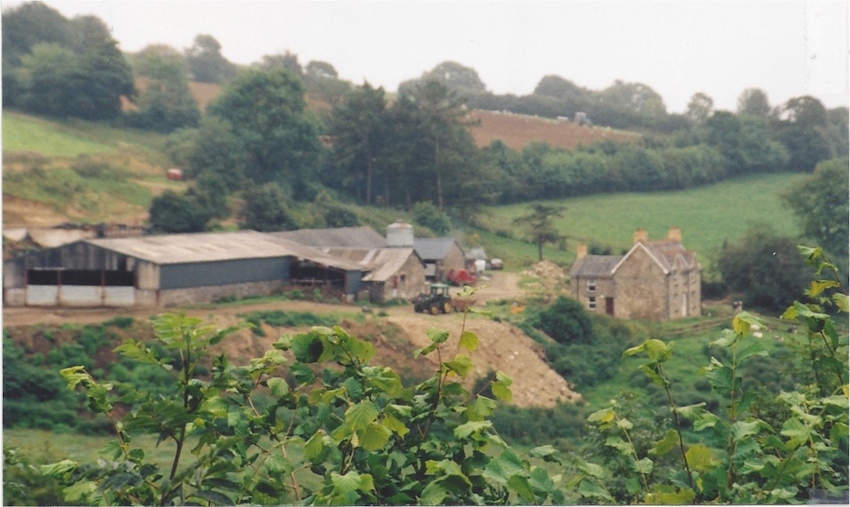 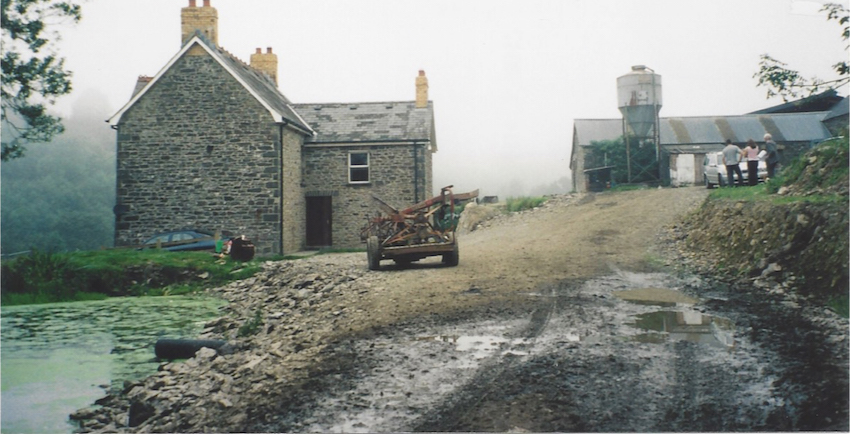 Could these two be connected by a grandson’s filial nod to a grandmother he barely remembered but whose impact he witnessed lifelong? 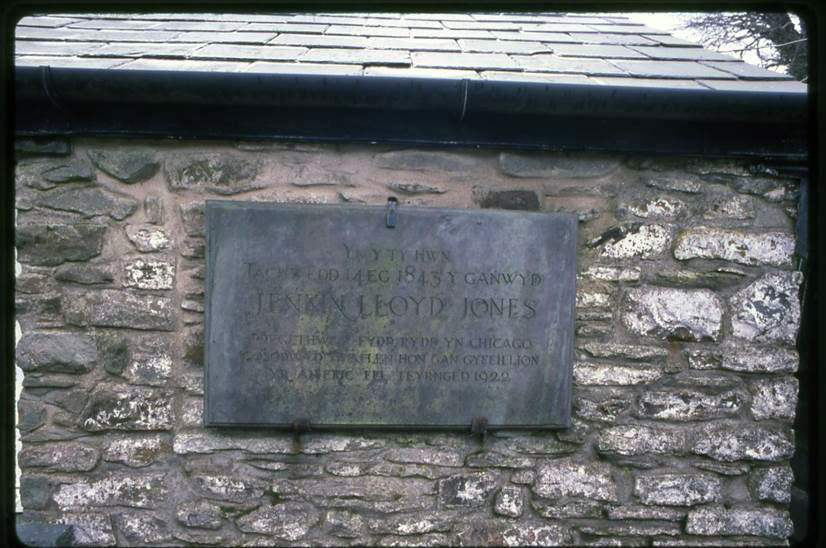 The grandson was Frank Lloyd Wright, one of the greatest architects known to man.

The grandmother, was Mary (Mallie) Thomas James, born in 1807 at Penwern, Llandysul, Wales.  She lived at Penwern until her marriage to farmer, hatter, dreamer, dare-er Richard Jones. 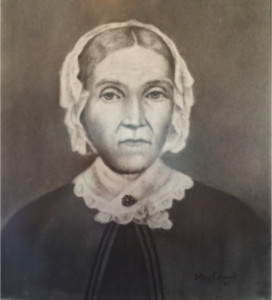 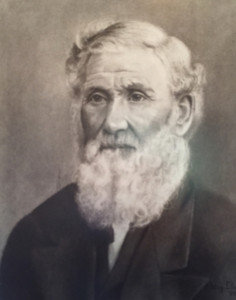 The young girl who grew up in Penwern lived a life with few options.  She was a farmer’s daughter, a Unitarian within the small circle of Unitarians that was known to the rest of Wales as “the Black Spot” of heresy.  On an adjacent farm a young man with a parallel upbringing cast his eye on the growing girl.  It was a surprise to no one when they wed, set up house together, became parents to an increasing brood of hungry children.

Times were hard.  Food was scarce.  Opportunities were limited.  In a far away land called America it seemed that things might be better—if not for them, then for their children.

Richard was in his mid-40’s and they were already parents of seven children, the last a babe in arms, when Richard decided to brave the waves and emigrate to America.  It was to be a total break.  There would be no return trip.  Their good-byes were forever.  Their future unknown.

Other siblings had gone before.  After a hazardous journey and the loss of one child to diphtheria, Richard’s bereaved family and his brother Jenkin were reunited in Wisconsin.  A year later, Jenkin died of malaria, leaving Richard’s family distraught and destitute, but in the America they had sought, an America where four more children were born and the family slowly, with great effort, endured, survived, and began in a small way to prosper.

Some 150 years later, on a gray rain-threatened day in Wales, my ankles deep in the muck of a cow path, I looked at the cold stone building before me, the Welsh Penwern of now, and imagined the emotions my great great grandmother “Mallie” must have felt, looking upon her ancestral home for the last time.

What courage it must have taken to leave the world and people she knew—no matter how hard the life—to embark on a journey into the unknown.

The story is told that their last evening at home Mallie went out and gathered flower seedlings.  When they settled in Wisconsin, the seeds were planted and, with each subsequent move, the progeny of those seeds moved with them.

It was from the gentle Mallie that the stories of Wales were imprinted on the children and grandchildren. There were the tales of the two oldest boys, then but small children, sent out to watch the flocks of sheep and protect them from the wolves that prowled the hillsides, and of Richard, the hat maker, whose production of the tall conical hats worn by Welsh women augmented their meager farming funds.

For the remainder of her life, Mallie spoke only Welsh.  She was illiterate in writing—signing her marriage certificate with an “x”—and yet on her death bed she recited from memory her grandfather’s translation of Gray’s Elegy.

She, far more than Richard, kept the stream of “cumry” (cousinship) alive in the children’s minds—so much so that at least four of them made trips to Wales during their lifetimes.

Why did Frank Lloyd Wright suggest the name of Penwern for a Wisconsin home so elegant, so lavish, so unlike its Welsh predecessor?  I can only guess it was to honor his grandmother. He was but a toddler when Mallie died (1870) but throughout his growing years he would have heard her stories, lauded the bravery that brought her to these shores, witnessed the loving, aching sense of loss from those she left behind.

Had Mallie stayed in Wales, insisted on the known over the unknown, fled from the hardships she knew were ahead of her how different would have been the lives of those generations yet to come.  Would there, could there have been an architect, Frank Lloyd Wright, without her brave plunge into the future?  Instead, her legacy lives on in the lives of her American descendants and in the opportunities her sacrifices provided for those willing to experiment, dream, dare, create anew.  I like to think that the name “Penwern”, superimposed on an extraordinary American estate, is a bow of homage from a grateful grandson.